Jane Magnusson – A Year in a Life: “All Bergman films are interesting, even the ones that are really crappy”

In Bergman’s centenary, we go back to Bergman. To discover or to find something new in his work. Swedish documentarist Jane Magnusson goes back to the year 1957 to discover an amazing body of work. In the process she reflects upon some disturbing issues about his personal ans professional life.

Jane Magnusson’s, Bergman: A Year in a Life, offers a fresh vision on life and carrear of Ingmar Bergman, for most cinephiles one of the most prolific european filmmakers of his generation.

Magnusson is quite familiar with the Swede’s work, as her 2013 documentary, Trespassing Bergman, follows his work and how it was seen by some of his colleagues, such as Martin Scorsese or Woody Allen.

Right after the official screening in the classic section of Cannes film Festival, we discussed with the filmmaker other intriguing topics of his amazing carreer but also some of his notorious flaws and revelations about his female exploitation.

Alter we see your film, we get the idea that Bergman was a compulsive liar. Can you elaborate on that?

Bergman himself said that in his childhood he had to learn lying early on to avoid the wrath of his father. And storytelling, what is that? It’s just lying. So I think the lying part was a way to survive in his childhood. And he just brought that with him as he grew up. That’s great storytelling. But in his films he doesn’t lie. He’s building a myth around himself.

But what we know is his films. During your reaserch process what you were most surprised with?

The thing is, Bergman is incredibly honest. There are things in the film that are not so comfortable, like the Nazi sympathies, how he treated women, that he is an absent father. All these things he talks about himself. So, none of that is actually new. It’s been out there in his biography and in interviews. But because he’s such an icon and so much loved people don’t want to talk about that. They just want to sweep it under the carpet.

Is it some kind of therapy?

Yeah, you could say that. He’s terribly honest in his films. You can see it in Lanterna Magica and in his autobiography, that he says things such as: “I was a terrible husband, I broke up with my second wife in a very horrible way, and I’m very ashamed of what I did”. And more “if you want to know what I did you get Scenes from a Marriage, that’s verbatim from a break-up scene”. So he’s telling the world how terrible he was by his films.

Yes, it’s incredible… But maybe only because he knew he was a great artist.

Yes, he’s a great artist and very honest. So they were no big surprises, to answer your question. When I started to make this film I just knew about that year in 1957 where he premiered two films, The Seven Seal and Wild Strawberries. Those were amazing films. I was so fascinated that those two films came out in the same year. If you’re a Bergman scholar you know that. But I’m not a Bergman scholar. I just want to tell a good story. So I thought about the crazy idea to make a film about this incredible year. But when I started researching I found out that he also made the a TV film.

And then I realize that he made also two theater productions that are gigantic. I didn’t know that when i started. And on top of that two radio productions. And at the same time he had these chaotic personal life. He was the artistic director of Malmoe City Theater and also a teacher there. When I was halfway into production I saw an interview with Bibi Andersson where she says after making Wild Strwaberries they took a weekend off and went to Stockholm to make Brink of Life. What? Another film? This is mad. I thought she was mixing the facts wrong, that she’s was old, she was mixing up things. So he actually made that film also in in 57, even if it came out in March 58. That was the most surprising thing I found out. So, it was not just a fantastic year it was also crazy year.

But that year was also a turning point in his career, wasn’t it?Maybe a different kind of cinema he wanted to make.

Yes, you’re right. The turning point comes in 1957. There’s a beautiful phrase that he says he in Wild Strawberries that he “has to be both the tree and the axe”. That’s such a great expression.

Being the centenary of Bergman did you have any problems with the family about doing this film?

I made a previous Bergman project that’s called Trespassing Bergman (2013), which is about his best films. So people think that I may be obsessed Bergman freak, but I’m not. I was not super interested in doing another film about Bergman. But after I found 1957, that was another story, a completely different story. Exploring his super productivity that he has in that year, that was interesting.

What about his personal approach to women, do you think it could have nowadays a different impact?

I get that question all the time, but you know, if you’re 38 years old, you wouldn’t have that kind of behavior with women. But it’s a bit strange that is constantly unfaithful, usually with women that are in the position on young actresses being dependent on him.

Maybe because were here in Cannes, I will ask if you think we could understand what happened with Harvey Weinstein?

I think that what Harvey Weinstein is acused is much stronger than any thing Ingmar Bergman might gave done. Plus, he was never acused of anything. Of course, in the 90’s he had a huge power in the cultural Swedish life. However, he only had the power if someone gave it to him.

How much his sympathy with Nazis was digested with the Swedish people at the time? And how did he cope with it’s over the years?

You think we can also understand what Lars von Trier said about nazis, seven years ago, here in Cannes?

I don’t know, I don’t know what Lars von Trier was up to. I interviewed Lars von Trier a few months after the Cannes incident. A month later and give you him to my previous project. And he started to say I understand Ingmar Bergman I understand Hitler. His publicist was almost out of her mind… (laughs) I did not include that in my segment.

Do we have a Bergman favorite film?

I get this question all the time, I should say yes but I also answer with a different film. Hear in Cannes I will say The Autumn Sonata, which I really like. But I think all Bergman films are interesting, even the ones that are really crappy.

Which are for you to really bad Bergman films?

Well, there are number of them. There’s a film, All These Women, that he dis between The Silence and Persona, which is a terrible film. It’s just awful and he makes it between these two masterpieces. And I think it’s really fun to because it makes him more human.

Not everything he touches becomes gold…

Yes, but in 1957 it was gold. But, of course, he has his ups and downs which is fun, and also relevant to filmmakers today where you have to make a blockbuster every time, or you’re out.

What can you tell us about this film, This Can’t Happen Here, arguably the worse Bergman film?

It’s kind of a spy thriller with bad continuity, with bad acting. It’s a really bad film technically. Dramatically, the actors, everything. But he did a good job. Almost nobody saw it. I’ve seen it but you are not allowed to show it to even in this documentary.

Looking back to his filmography, how do you think this body of work stands nowadays? You think it has its own modernity?

I think so. I think Bergman is so ahead of his time. It seems like Persona, which is like a punk type of film. And The Silence, there are some scenes there that you cannot do even today. I definitely think that some of his films are very relevant today.

Did you felt that you had to leave a lot of stuff out?

Well I tried to concentrate on 1957, but of course there is also much more to say about Bergman. That was fortunate to have this for our TV series about him. It didn’t break my heart to leave out certain stories series.

How come with this great reference in Swedish film history, you don’t many great filmmakers today?

It’s a small country. Bergman ate a lot of subsidies and maybe a lot of inspiration. But Bergman put Sweden on the map, on the film world and in the world altogether. And that’s why he was great. But he also hindered a lot of Swedish filmmakers to get into the film world. 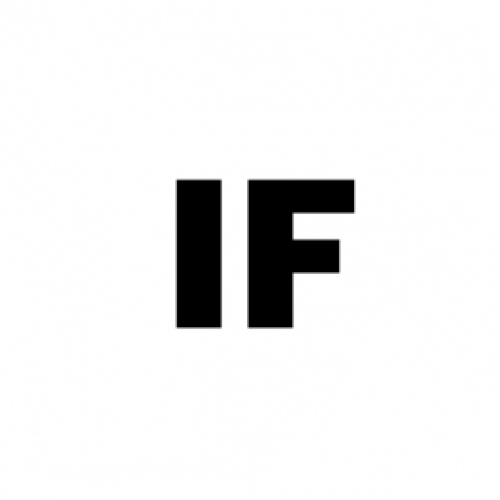 A Toda a Velocidade: a boa comédia é veloz