“It’s about neo-Nazis in Germany, but it could be about jihadists”

Prepare to be challenged in a radical way. In Faith Akin’s new film, In the Fade, it was recently in competition in Cannes Film Festival, we follow the footsteps of Diane Kruger’s character after she stumbles in trauma by the loss of loved her Turkish husband (Numan Acar) and six year old son in a terrorist-like hate racist crime by a neo-nazi couple. By reflecting the question upon the audience, Akin puts us in a place where we feel bothered and compelled to think about some kind of revenge feeling. In this case, something that we can only think about in psychological terms, gets into the shape of reality.

It’s a devastating performance by this German origin actress, even in her first German film, that happens in the wake of deadly terrorists attacks in the UK. It might be a too dangerous time to put things into this perspective, so let’s us just enjoy her words, before the In the Fade (Aus dem Nichts, in the original title)comes out in Germany in the next November. Indeed, a powerful film that makes us think about the world we live in.

We met Diane in Cannes, just a few hours before she was handed the coveted Silver Palm by Best Actress. By the energy and strength of this film, and performance, we were already anticipating the result. She bloody well deserved it.

How much sleep did you get in the past three days?

It was amazing the applause you got from the gala screening.

Yes, it was moving. It was a very special night for me. I was very nervous. Not only for the movie – I felt that everything was coming together. To feel that love, in an audience that connects with a movie, that’s the best feeling in the world.

This is also your first German speaking film, isn’t that right?

Yes, it is. I left Germany when I was very young, at fifteen. I wasn’t even an actress back then. I was waiting a long time for this to come. It’s almost like a paradox to happen here in Cannes. I knew Fatih’s films from a long time ago. They marked me as a teenager and my generation.

Yes, I met him here, in Cannes, a few years ago. So, the film was conceived here.

How does it feel to have this audience so full of praise for you?

I just felt the love. I felt relieved, also because it’s not an easy film. But I felt a deep sense of appreciation. Because I’ve put everything in this movie. It doesn’t matter if it’s going to get an award. I jumped of that cliff. I carry this for a very long time, personally in many ways.

How did you became that character and where did you get those feelings of grief and revenge?

I’ve grieved in my life and felt sadness. I’ve prepped this movie for a very long time. I’ve been to Hamburg for two months before I start shooting, but when I thought things started changing was when I met a lot of people that lost children and husbands in really violent crime acts. I still feel it, it’s really hard to describe. It’s an energy that these people carry, how they deal with grief that it’s so powerful that you could not help by taking it on. Some of them lost their kids or loved ones and they never got to see their bodies. They all said that it was the most difficult thing, because they could never say goodbye… (at this point she could not help when tears suddenly came into her eyes).

Of course, this film has a very strong topic, and it affects everybody. How did it feel to embody this character and to have to make those choices?

I knew what the script was when I got it, but when you’re an actor you cannot ever judge your character. You have to become that person, you have to walk in those shoes. In this case, you propose something and the audience can look at it and think about it and decide for themselves what would they do in the same circumstances.

You left Hamburg to get a modeling career. Did you felt any connection with your acting?

No, it’s just like dress up. I like modeling, but you’re just posing, you’re not making believe. It’s kind the opposite of acting. You pose for the camera and you try to look really hot. But that’s when you feel more un-natural and vulnerable. The more you show your flaws the better.

This is a film about increasing violence and racism. It’s also a very political film. What do you think of this strong subject?

Obviously, it has a political background. This is about neo-Nazis in Germany, but it could be about jihadists. It could be about any other hate crime. The attack it’s just what happens. To me this movie it’s about what it’s left behind. And how do you live with something like that. We live in this world where these horrible things just become numbers and horrible images to look at for two days. Nobody talks about the people that are left behind. Maybe that’s why I feel so much empathy for that character. 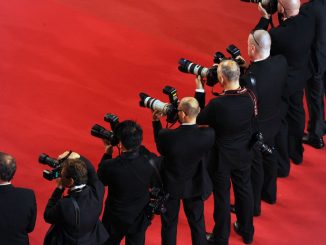 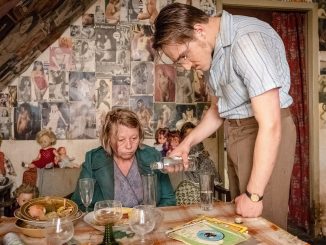 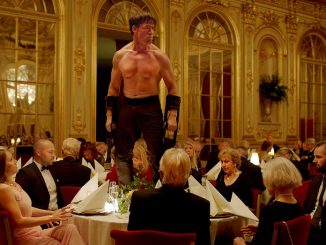